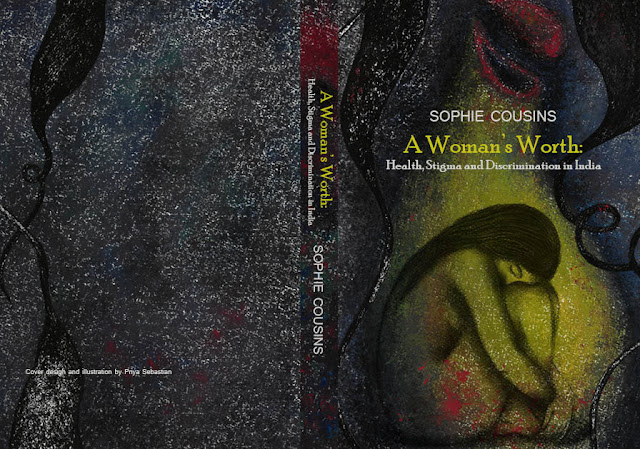 I am pleased to finally show off my cover illustration and design for the book, A Woman's Worth, a study of Indian women's bodies from conception to old age and death. Researched and written by Australian journalist Sophie Cousins and published by Yodapress in collaboration with SAGE, the first few chapters which were sent to me read like a Stephen King novel; but this was fact, not fiction, in this country a woman is ultimately a receptacle for breeding a male child, until she does so she is barely considered human. 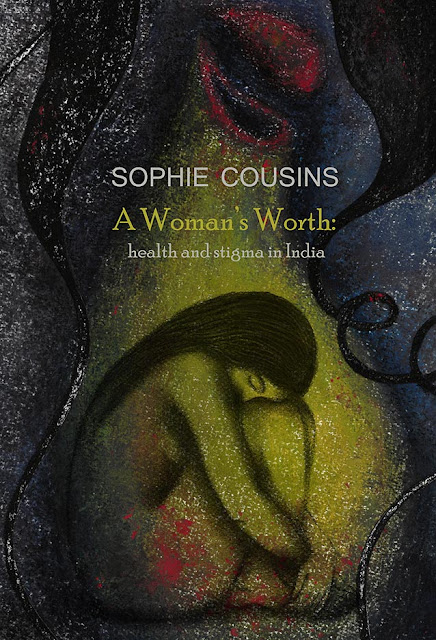 I resorted to using an analogy which I thought was very apt to describe the situation in which an Indian woman finds herself: I represented a woman within a Pitcher plant to show that a woman's womb is made to kill that which it is supposed to nurture (female foeticide), in a sense much like the Pitcher plant itself. Alternately, the Pitcher plant in this cover illustration can also be a metaphor for Indian society which rather than giving a woman the freedom to grow, inevitably captures and destroys her through its societal norms.

Here is the initial conceptual sketch that I sent the client: 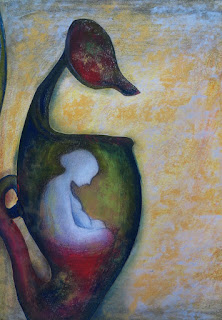 I have to add here that after two decades as an illustrator, I am pretty much given free reign to do what I want and that is when I do my best work.

After approval, I developed the concept, which can be seen in the images below. 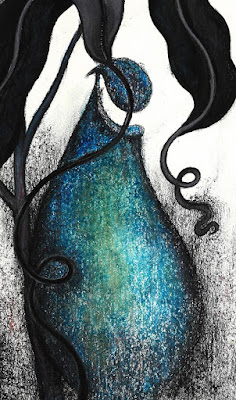 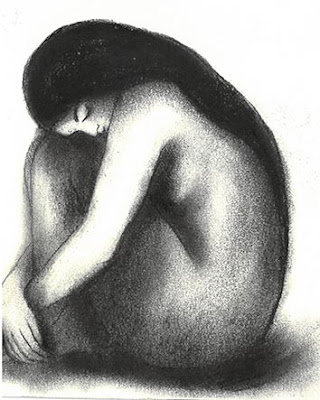 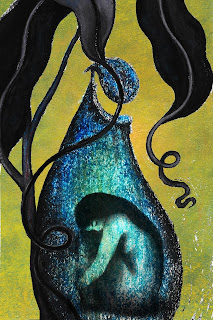 So the image above fell apart because of the lurid colour scheme, so I redid the drawing to the one below which is better. 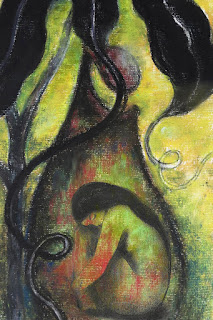 The kind of paper I use and how it partners with the pastel and charcoal becomes very important in articulating what I want to say within the image.I wanted a darker quality to the image, striking as a book cover should be but with an undercurrent of unease as befits the subject that it is about. In the top image I have used Strathmore paper, in the bottom image I have used Rembrandt pastel on equally expensive Arches paper. Not only is the effect immediately striking, the feel of pastel on the surface of the paper is music to my hands. The process becomes enjoyable and when that happens the illustration turns out very well. 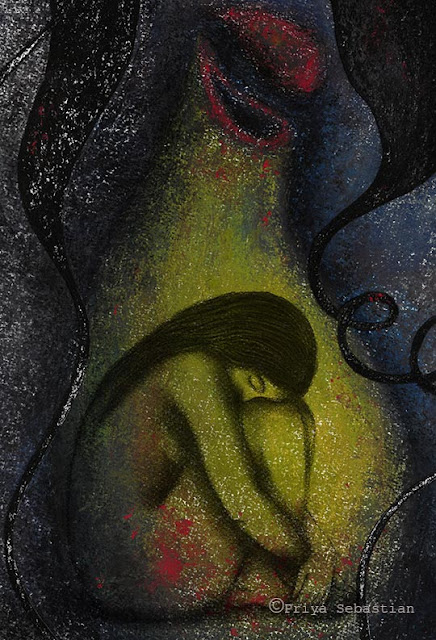 Then I scanned the image and using InDesign, I added the lettering and selected the right colours for the fonts.
Below is the final cover illustration and design. 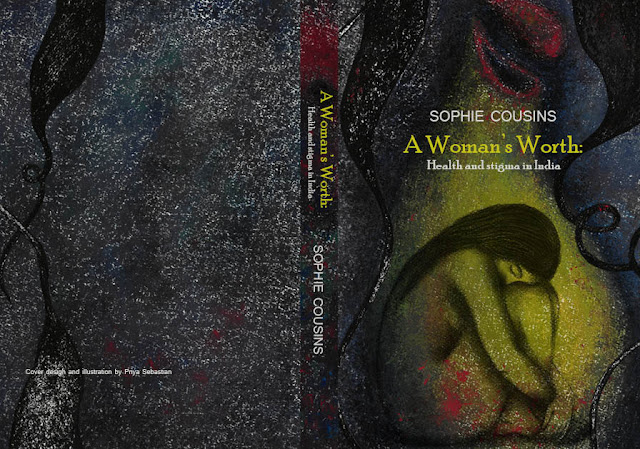 Here, I must express gratitude to some of my colleagues (you know who you are), for helping me decipher the mysterious measurements given to me and helping me navigate the pathways of InDesign, and to my friend sitting somewhere in the hills of Landour, for putting the author Sophie in touch with me for this excellent project, many, many thanks.

Posted by Priya Sebastian at Thursday, November 14, 2019 2 comments: Links to this post 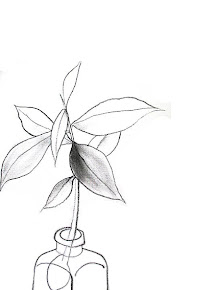 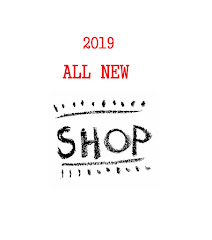